The secret to productivity: workplace happiness.

At Bushel, we know that a strong office culture cannot be stressed enough. According to a study described in Forbes, office culture has a greater impact on company performance than previously thought. In this study, “Dr. Proto reminds us of the key causal relationship between employee happiness in their workplace and their general productivity” (Craig, Forbes Magazine Online). This translates to happy people = better work.

In a business setting, the latter cannot be compromised.

With the creation and expansion of the Bushel software platform the past nine years, Bushel has grown exponentially over the last three years as a company, as well as a player in the ag industry. Touting this growth has been the honors of reaching  Inc’s Fastest Growing Companies award four years in a row.

While the technology and growth of Bushel have been a steady drumbeat over the years, there is another portion of the company that demands just as much strategy and attention: employee happiness.

At Bushel, we’ve found our stride in the happiness department. With centralized feedback programming such as Officevibe, employee input is taken very seriously. So seriously that Bushel joins a prestigious 99 percentile rank of Officevibe users in overall happiness. “This score is better than 99% of all companies using the premium version of Officevibe (across more than 90 countries around the globe)” (Officevibe Report). 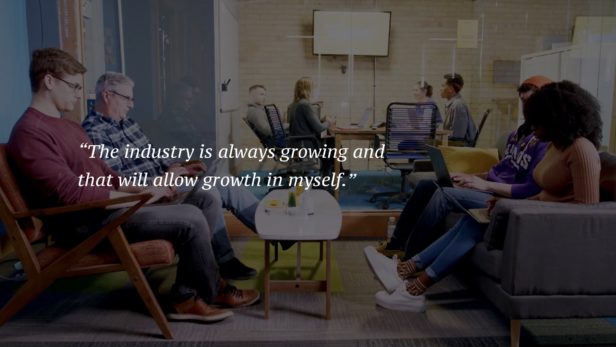 To determine this happiness meter, automated Officevibe weekly surveys are pushed to Bushel employees. Questions throughout the anonymous survey include numbered 1-10 scale ratings in addition to candid feedback requests.

Here’s what some of our employees have to say about their workplace experience through those feedback portions:

“Going to work here brings a very friendly work environment while still being focused on getting work done. I tell anyone who is interested in my job about a positive and inclusive culture.”

“The industry is always growing and that will allow growth in myself.”

“I like the communication in this company. People trust each other.”

Using the feedback, managers and executives can make and measure the impact of their efforts to improve team satisfaction. Because of these proactive enhancements, we as a company are able to reach rewarding achievements, such as ranking in the 2018 Inc. Best Workplaces List. With 1,800 companies (and 81,365 employees) entering for the honor’s title, Bushel made the list based on candid surveys completed by employees on workplace happiness.

One teammate wrote in their survey,

“Bushel is the best place to work because of the foundation it lives on. There is an overwhelming layer of trust, grit, and drive that makes coming to work every day genuinely fun.

Simply said, you love the work you do because you love the company you do it for. Our company has built a culture that sets up each employee for success and growth. There are no hierarchies that make it difficult to find one’s place here.

Every member looks out for his or her neighbor. Additionally, this culture celebrates each employee in career or personal achievements. This is THE best place to work.”

Our people = our success

Bushel’s culture is the core of our success. We value our teammates during their time in the office and in their personal lives. We take care of our own.

Interested in learning more about the opportunities and culture at Bushel? Check out the many positions we’re looking to fill here.